Today Jewish people all over the world listen to the haunting melody of the Kol Nidrei in preparation for Yom Kippur, the day of atonement that begins at sunset. It feels like an auspicious time to share my journey.

When I was a young child in Wilmington, Delaware, one of my best friends went to Catholic school. I remember passing her on the sidewalk while she was walking home. I enthusiastically said hello and she pretended not to know me. I shrank away, in shock.

Walking home from school one day a boy across the street loudly muttered the word “kike.” I remember as he said it, he kicked his foot (like he was kicking me). I immediately withdrew from the emotions of that experience.

As a teenager, I had two best friends. They both became born again Christians and told me I was going to hell. One of them also told me that her parents said Jewish children were spoiled. Their notion of hell did not penetrate me in the least. I knew I was a good person, and I knew there was no such thing as hell (except on earth). Those friendships quickly withered.

In 9th grade I was taking Hebrew lessons with a teacher I loved. She was the first Israeli I’d known. One day she taught us about the Holocaust. She was very angry. She wanted us to know of the cruelty and horror. I never went back and never talked about it with anyone.

A genetic test I took a couple years ago revealed that my ethnicity is 100% Ashkenazi Jew. Part of my social justice work is unraveling what being Jewish means for me personally, culturally and in an historical context.

I recognize that although I hold an identity that has been persecuted over the centuries, I also hold the privilege of being white, and many doors have opened for me based on the color of my skin.

Although I was raised Jewish, I later learned that both of my parents were atheists. While my mother very much claimed her cultural identity, my father was raised in the Ethical Culture community in New York and had no Jewish education. He let my mother lead the way and learned the traditions over time.

One thing I learned from my mother about my Jewish identity was that we didn’t believe in Jesus. Our Jewishness was defined by Jewish friends, youth groups, services – and not being Christian. (I’ve since healed my relationship with Jesus who I experience as a great yogi, an enlightened teacher).

With the rise of bold antisemitism in the U.S. (along with many other forms of hatred), I am recalling and reclaiming my own experiences that have been catalysts for shutting down to my Jewish identity. Only one of the 5 children in my family went on to become a practicing Jew. 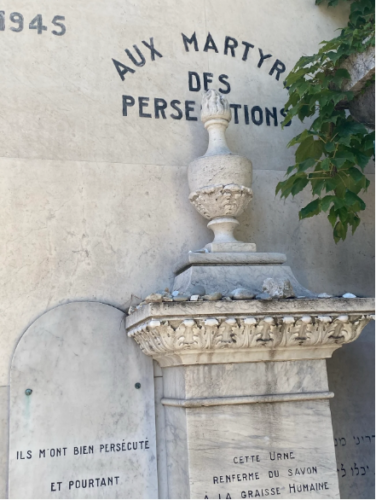 My spouse and I have been watching the Ken Burns documentary, The U.S. and the Holocaust (bless him for showing up for that – it’s not easy). In just the first hour, so much is revealed about the history of antisemitism in this country. It also reveals how much of Hitler’s plan came from the cruel and inhumane practices that kept Africans here enslaved and attempted to annihilate Native American culture.

I now understand what was meant when I heard that the US did not take Jewish people in during the Hitler regime. Antisemitism was institutionalized in the U.S. through the immigration laws. The conservative State Department created rules that made it impossible. So many lives could have been saved but white supremacist, antisemitic rhetoric allowed the perpetuation of destruction of millions of Jews in Europe.

The church has played its part as well. I was appalled when someone close to me said “The Jews killed Jesus.” This phrase is deeply damaging in its perpetuation of antisemitism. Repeating it denies the complexity of the history and supports division and hatred.

I recently returned from a deeply impactful vacation in the South of France. Thousands of years of history are layered in the buildings, museums, the narrow streets, and the cemeteries.

In some of Marc Chagall’s paintings lie imprints of his experiences of Nazi rule alongside deep Jewish devotion. The presence of the cross represents Jewish persecution while God is shown as a bright, mysterious light. I love that he saw his museum manifest in his lifetime – a rare experience for any artist.

After visiting the Jewish cemetery, humble and decaying in comparison to the Christian one and containing two memorials of groups of young freedom fighters who were executed, I got curious and searched “Persecution of the Jews in France.” I quickly learned that Jews have been massacred in Europe many times over the centuries. Understanding this history is key to claiming and healing the generational trauma passed down to me from my European ancestors. 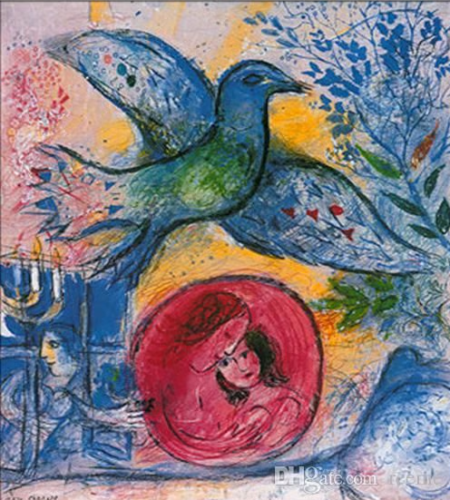 The Path to Healing

If I want to be seen and respected for my Jewish identity, I have to heal my own internalized antisemitism. Healing happens when I notice my response to other Jewish people and the ways I have turned away from or judged certain patterns of behavior, appearances or ways of speaking.

This is also a piece of the puzzle for the healing that I crave around any type of “othering” of people who are different from me. We all must face and dismantle the prejudice, bias and stereotypes that pervade our psyches.

I am examining the fear response I have when it comes to white Christian culture. How, when I see people wearing crosses, I unconsciously feel threatened at the nervous system level. And I get upset when my husband asks me what I want for Christmas (I want a Hanukkah present!).

One year I decided to go to an Easter service at an Episcopol church. My dear friend whom I had lost to brain cancer had worked there. It made me feel close to her. I was so touched when the preacher said “We must do a better job at eliminating hatred toward the Jewish people.” It must have been an angel (my friend?) who drew me to be there to hear those words.

I found healing in my relationship to Christianity by reading the great Christian mystic and former Catholic priest Mathew Fox’s book, The Coming of the Cosmic Christ: The Healing of Mother Earth and the Birth of a Global Renaissance. His teachings are profoundly spiritual, feminist and prophetic.

Some of my family are Christians who truly follow a path of spiritual commitment. We have a lot in common! Our conversations sharing our individual paths toward becoming better people are deep and nourishing.

I’m currently following an inspiring Jewish leader, Rabbi Danya Ruttenberg. I find her content intellectually and spiritually stimulating as I open to Jewish study in the context of social justice. I am so moved by her version of the Unetane Tokef (a high-holiday traditional prayer). She introduces it by saying: This year, I have the heretical feeling that I don’t want to wait for things to be written, to be sealed… Check it out on Instagram.

I’m dipping into another fabulous resource this week to learn about and heal generational trauma – the Collective Trauma Summit with Thomas Hübl. He’s gathered a brilliant and diverse group of speakers. Each conversation enlightens and changes me and supports my own journey to wholeness in the context of the collective. Understanding my own trauma responses and tending to the injured child is key to integrating my experiences of antisemitism. 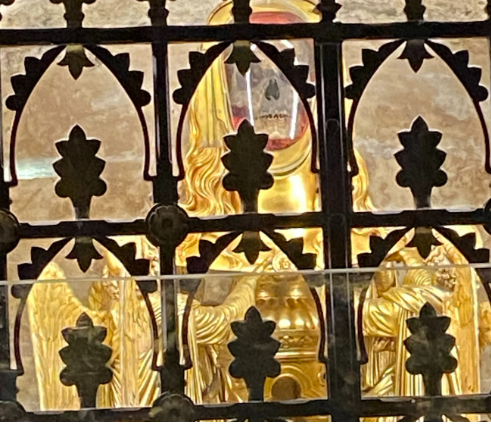 While in France, we took a pilgrimage to St. Baume where it’s said Mary Magdalene is buried. The words that came to me in the dark crypt of the Basilica were “You are empowered to be me.” What does that mean?

I believe that this message is about facing the grief and pain of discrimination and injustice and following the healing path back to love. We are all humans with our deeply rooted collective trauma. What hurts one, hurts us all. As each of us heals, we all heal. 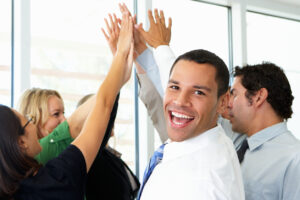 When the Warrior Hits Overdrive

I love being a Money Coach because the Money Types[...] 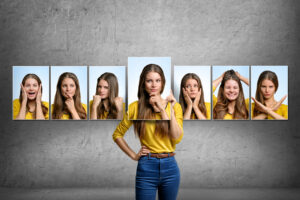 We Hate to Admit this Money Type is in the Room

The Victim Money Type May be Holding You Back Resentment is[...] 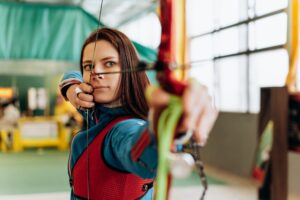 Cultivate Your Warrior to Support Your 2018 Goals

Send us an email and we'll get back to you, asap.